It may not come as a surprise to hear that clean up after Hurricane Irma could take months. As clean up begins and people begin piling their debris on the side of the street, it’s important to keep in mind that it will only be picked up if it is placed properly (see image below). 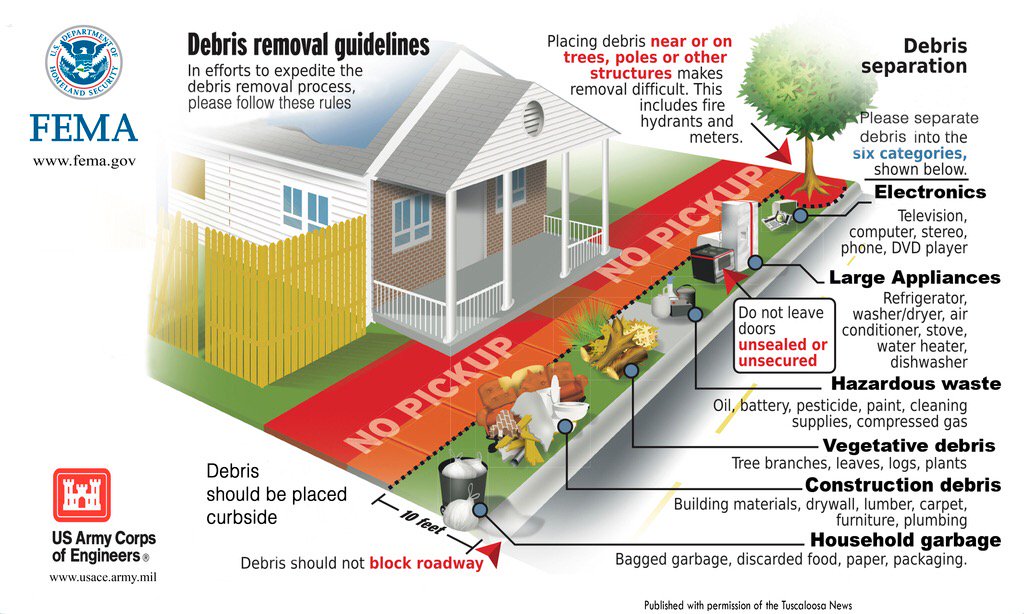 You will need to separate your debris into six categories in order for your debris to picked up. Electronics such as televisions and computers go in one pile while large appliances such as air conditioners, fridges, and dishwashers go in another. Hazardous waste such as paint, pesticides, and cleaning supplies should be placed in their own pile. You will also want to place vegetative debris such as tree limbs as well as construction debris like shingles and dry wall into their own piles. Any household garbage, such as food waste, bagged garbage, or paper products, should also be piled separately.

Following FEMA’s rules when it comes to clean up ensures that everything is removed safely and efficiently. As the piles of debris get larger we’re hoping clean up begins sooner rather than later.