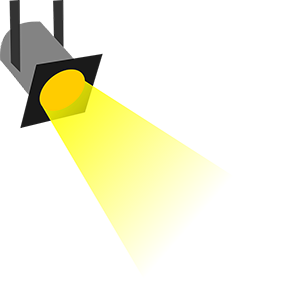 WILL YOU BE THERE?

Living in Florida from Palm Beach to Jupiter Island has its perks. Sure, there are beaches, gorgeous vistas, plenty of opportunities to lead an active lifestyle outdoors, and many landmarks and local attractions to visit, but did you know that our area is a leader in producing and presenting top-notch shows and plays? So, get out your social calendar and make plans to experience exceptional entertainment.

Check out two of our favorites and some of the gems that will be gracing the stages: 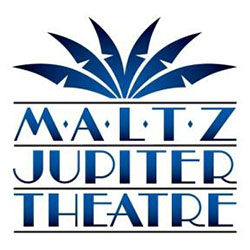 The not-for-profit Maltz Jupiter Theatre has become one of Florida’s preeminent professional theatres, committed to production and education through its collaborations with local and national artists.

As the state’s largest award-winning regional theatre, the Maltz Jupiter Theatre draws nearly 100,000 people annually, serves a subscription base of more 8,000 and has world-class classroom facilities in support of its Goldner Conservatory of Performing Arts, which serves hundreds of youth and adults.

Balanced between witty comedy and heartfelt drama, Steel Magnolias captures the complexities of six women’s lives as they navigate love, loss, and the fierceness of friendship.

This classic story of a tenacious beauty who meets a selfish prince-turned-beast is a tale as old as time. Showcasing spectacular costumes and effects, Disney Beauty and the Beast is a fairy tale filled with magic, romance, and a young woman’s determination to find her own way.

A daughter’s quest to discover the identity of her father brings back three men from her mother’s past. Nominated for five Tony Awards, Mamma Mia! is a feel-good musical that will have you dancing in your seat to ABBA’s greatest hits!

When Henrik Ibsen’s Nora slammed the door shut on her marriage in A Doll’s House, it was said to be the slam heard around the world. Fifteen years since closing the door and 138 years since Henrik penned the story, Nora returns to her beloved husband and children in A Doll’s House, Part 2. In this uproariously funny comedy, Nora wonders what she will find when she opens the door.

Billed as a modern-day Romeo & Juliet, West Side Story follows two gangs who battle to control their turf on New York’s Upper West Side. Things get complicated when one gang member falls for a rival’s sister. Sit back and watch the love story unfold as you sing along to the songs you know and love. 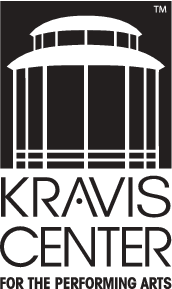 Hosting hit shows since 2008, Kravis On Broadway celebrates its 11th season with a spectacular line-up! Experience the magic, laughter, romance and exhilarating, take-your-breath-away moments that only Kravis On Broadway performances can provide.

Broadway’s Best Party is turning up the volume to Ten! The ROCK OF AGES Tenth Anniversary Tour is blazing across North America. Nominated for five Tony Awards®, including Best Musical, ROCK OF AGES captures the iconic era that was the big bad 1980s Hollywood.

From their humble beginnings in Cuba, Emilio and Gloria Estefan came to America and broke through barriers to become a crossover sensation at the very top of the pop music world. But just when they thought they had it all, they almost lost everything. ON YOUR FEET! takes you behind the music and inside the real story of this record-making and groundbreaking couple.

Experience for yourself the Tony Award-winning musical phenomenon, LES MISÉRABLES, direct from an acclaimed two-and-a-half-year return to Broadway. With its glorious new staging and dazzlingly re-imagined scenery inspired by the paintings of Victor Hugo, this breathtaking new production has left both audiences and critics awestruck.

Inspired by Adrienne Shelly’s beloved film, WAITRESS tells the story of Jenna –  a waitress and expert pie maker, Jenna dreams of a way out of her small town and loveless marriage. Featuring original music and lyrics by 6-time Grammy® nominee Sara Bareilles, don’t miss this uplifting musical celebrating friendship,  motherhood,  and the magic of a well-made pie.

Based on the hit film, this hilarious new musical follows Dewey Finn, a wannabe rock star posing as a substitute teacher who turns a class of straight-A students into a guitar-shredding, bass-slapping, mind-blowing rock band. This high-octane smash features 14 new songs from Andrew Lloyd Webber, all the original songs from the movie and musical theater’s first-ever kid's rock band playing their instruments live on stage.

More than 95 million people around the world have experienced the phenomenon of Disney’s THE LION KING, and now you can, too, when the world’s best-loved musical comes to the Kravis Center for the first time. Winner of six Tony Awards®, including Best Musical, this landmark musical event brings together one of the most imaginative creative teams on Broadway.