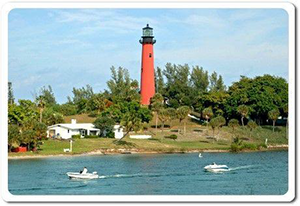 Sure, Jupiter Island is a beautiful South Florida town with stunning views, an idyllic sense of community, a great location, and expansive oceanfront homes, but did you know that the island is rich in history with an impressive background? Read on for a fascinating story.

In 1815, the King and Queen of Spain and the Governor of Florida awarded Don Eusebio Gomez a Royal Land Grant of roughly 12,000 acres. Known as “Gomez Grant,” it covered a vast land area surrounding the Loxahatchee and Indian Rivers, as well as a narrow strip of barrier island between the St. Lucie Inlet and the Jupiter Inlet. The name given this land area was derived from the Spanish word for the supreme god of Roman Mythology, “Jobe” (pronounced Hoe-Bay), which eventually evolved to the Anglicized version, Hobe Sound. The barrier island was identified as “Jupiter,” a variation of the Spanish “Jobe.” 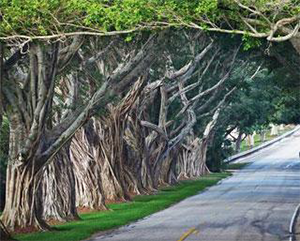 Gomez left Florida for Cuba, and his remaining 4,000 acres – including Jupiter Island – remained unsold until 1892, when a group of Englishmen bought the land with the intention of developing it as a pineapple plantation. Forced to establish the validity of title for the land, the group became embroiled in a huge legal undertaking that eventually led to a court hearing.

1895 brought a downturn to land speculation in Florida. A severely destructive winter freeze ruined the citrus and pineapple industries that had become the economic base of the area. The Indian River Association designated William Angas, a Scotsman, as their representative in Florida, and assigned him the task of “damage control” in what looked like a sure financial disaster for the company.

For 10 years, Angas worked out of Jacksonville. By 1905, he had averted financial ruin by liquidating all of the group’s property, except the 4,000 acres (organized under the name Hobe Sound Company) in South Florida. The Indian River Association decided to hold the land, and Angas agreed to act as the group’s representative and operating head of the Hobe Sound Company.

The Hobe Sound Company holdings included Jupiter Island and acreage on the mainland. Angas worked to develop the property, although his development plan proceeded slowly until 1911. In that year, with the construction of a bridge on the north end of the Island (the current bridge replaced the old bridge in the mid 1980s) and a road extending partially toward the south end, the Island became more easily accessible.

In 1916, Angas built a small hotel and three cottages. The complex – called The Island Inn – established Jupiter Island as a winter colony for northerners.

After almost 20 years of the careful and slow development of the land on Jupiter Island, the Indian River Association directed Angas to sell the Hobe Sound Company holdings.

In 1923, Angas sold the entire property to an investment group known as Olympia Improvement Company. This group planned two subdivisions for Jupiter Island. The first was designated Olympia Beach, and it included the land from the Gomez-Beach Road fork to Bridge Road and divided the parcel into lots 100 feet in width. The second was called Bon Air Beach. It included the area along what is now North Beach Road (the name proposed by Olympia Improvement was “Royal Palm Boulevard”).

In 1925, Olympia Improvement sold out to a company called Picture City. The Florida land boom was approaching a peak.

The Picture City vision for the Jupiter Island and Hobe Sound area was that of an east coast Hollywood. Their plans for the mainland parcel called for a Grecian-style town named Picture City. The concept was to bring production companies and movie stars to Picture City and encourage them to make their homes on Jupiter Island in Olympia Beach and Bon Air Beach (South Island and North Island, respectively).

In 1926, the Florida land boom crashed! In only two years, Picture City decided to abandon their development plans. Their Hobe Sound Company, Jupiter Island property, and holdings were sold at a bankruptcy sale for $1,116,000 to a partnership consisting of Anthony and Mary Duke Biddle; Mary’s brother, Angier Duke; and Malcolm Meacham.

Shortly after the sale, the Great Depression arrived, forcing a further downturn in the Florida real estate market. The economic crises of the period negatively affected Florida as well as the rest of the nation. In addition, after Mr. Biddle’s death, his widow Mary was left with the responsibility for the property. 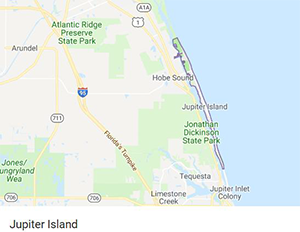 In 1933, Mrs. Biddle was convinced by her attorneys that liquidating the Hobe Sound Company and its holdings would be in her best interest. They further suggested that the sale of property should be at the lowest possible sum in order to stabilize her tax position by reflecting a loss.

The price for the property was set at $25,000. A group of lawyers from Biddle’s office bought the assets and property and sent Forrest Hyde to Jupiter Island to see what their $25,000 had bought. What Hyde saw was a rundown resort, The Island Inn, badly in need of expensive repairs, with a delinquent tax bill of $40,000. Hyde wanted no part of the investment. Through John Simpson, The Island Inn manager, Hyde was put in touch with William S. Barstow.

Barstow, a retired utilities executive and former partner of Thomas Edison, had lived on the Island for several years. When approached by Hyde, Barstow contacted three other Island residents: Arthur S. Dwight; Joseph V. Reed; and Joseph Reed’s brother-in-law, Samuel F. Pryor. The group formed a new Hobe Sound Company and bought the property at the $25,000 price Hyde’s group had paid, and, in addition, gave the Hyde group 20% of the common stock in the new Hobe Sound Company.

The purchase made by Barstow, Reed, and Pryor included the Inn, the golf course, employee houses, and unsold land north of the fork at South Beach Road and Gomez Avenue. It also included other real estate on the mainland.

In 1934, Joseph V. Reed purchased the other owners’ shares in the Hobe Sound Company and began a new period of Island development. The entire property remained under Reed family ownership until 1996.

In 1944, with 75 residents on the Island, Joseph V. Reed and his wife founded the Jupiter Island Residents Committee and The Island Club and its Board of Directors. In the next year, 1945, Joseph Reed donated the land for the police station and the firehouse. Proximity to the wooden cottages and main Clubhouse was of paramount importance. The Reeds also gave the land that is now the Hobe Sound Beach to Martin County for use as a public beach.

Golf has had a long history on the Island. As early as the 1890s, the Scottish pineapple plantation owners played golf on the sand islands that now comprise the Jupiter Island Golf Club. The modern, nine-hole course was built in 1922, and the second nine holes were designed by landscape architect, Dick Webel. The project was completed in 1957.

Jupiter Island, with its understated wealth, shady drives, and ocean vistas is a slice of paradise. Rich in history, people of the island take careful pride in its story and preserving the land and way of life. 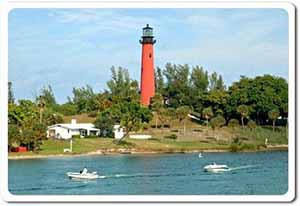