The not-for-profit Maltz Jupiter Theatre has become one of Florida’s preeminent professional theatres, committed to performance, production and education through its collaborations with local and national artists. The state's largest award-winning regional theatre, the Theatre’s performances have drawn rave reviews from media outlets across the world.

Recently, it was announced that the Maltz Jupiter Theatre is “Turning Lemons into Lemonade” by continuing a fairly newly-phased project, the Believe Capital Campaign, that the Board of Directors has been developing and fundraising over the past five years.

The theatre is making use of this downtime. After a $30 million expansion, The Maltz Jupiter Theatre will reopen in October 2021.

The original concept of the Believe Capital Campaign was arranged in three phases or “Acts.” Act I was completed last summer, giving the Theatre a redesigned parking lot, new marquees, and electrical infrastructure to support the new 30,000-square-foot addition to the building.

The next phase of construction combines Act II and Act III together, which includes numerous upgrades to the Theatre’s current facilities: a Broadway-scale stage, an expanded orchestra pit, a state-of-the-art production center, a second 199-seat theatre, a new dining experience, and an enlarged version of the Goldner Conservatory of Performing Arts. 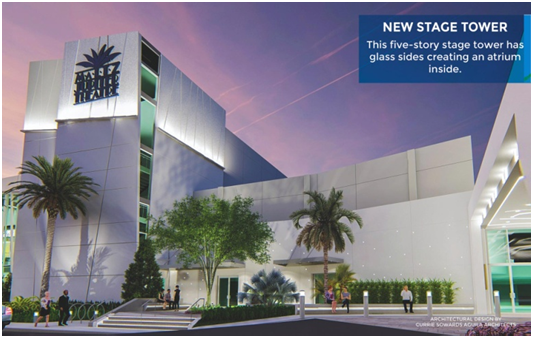 The Production Center, one of the first and most impressive elements of the project, will be named in honor of Glenn W. and Cornelia T. Bailey and will feature a three-story wall of glass facing the Indiantown Road entrance.

When the theatre opens in October 2021, the staff is committed to taking every precaution to ensure the safety of patrons. They plan to follow all the latest guidelines set forth by the CDC, which may include: sanitizing seats, temperature checks, requiring face coverings, etc. 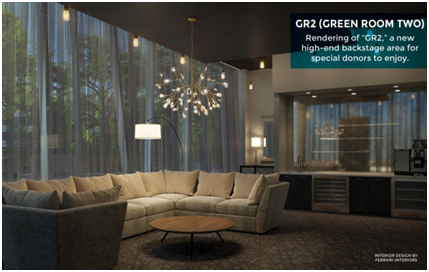 Stay tuned to this blog for updates on this theatrical gem right here in Jupiter, including the Grand Reopening Season and featured shows.

The Maltz Jupiter Theatre is located at 1001 East Indiantown Road in Jupiter. For more information on the finest homes in the Palm Beaches, contact a Tauber Real Estate Services specialist at 561-626-4633.